Danny Bubnick, owner, settled on a location on Union Avenue in the Historic Union House just a few doors down from the original BA Framer in Midtown. The bonus of the move turned out to be 6000 square feet of showroom and work space...enough room to expand on the concept of custom framing, fine art and art prints.

The new Midtown Framer has expanded to become a gallery with original art from Memphis' most talented artists. The gallery is in collaboration with David Simmons' LongRiver Entertainment Group and featured artists that include Stephen Hudson, George Hunt, Nancy Cheairs, Debbie Crawford, David Lynch and Michael Maness.

Raising the Bar with the Largest

THE ORIGINS OF MIDTOWN FRAMER

MIDTOWN FRAMER opened in Memphis in late November 2009 when BA Framer decided to go out of the retail business and focus entirely on wholesale operations. BA Framer had been a fixture on Union Avenue for almost 20 years, and Danny Bubnick had been the store manager for at least 17 years.

Danny's BA Framer store in Memphis led the 100+ store chain in annual sales many of those 17 years as the frame shop developed a large customer base of corporate, government, professional and individual customers.

The new Midtown Framer was born out of Danny's dedication to made sure his long-time, loyal customers still had a quality local source for custom framing. The core staff from BA Framer has joined Danny to help provide the highest quality of customer service and workmanship. 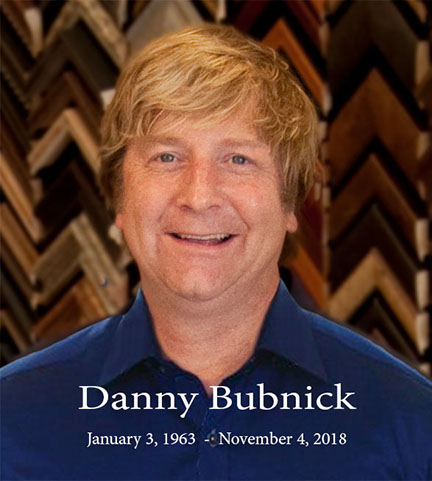 HONORING OUR FOUNDER AND LEADER